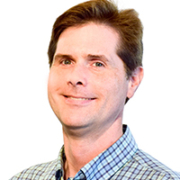 “This new position expands Davis’ reach and impact on the semiconductor industry,” said John Ellis, Si2 president and CEO.  “His experience with the Si2 OpenAccess database and in artificial intelligence and machine learning will be brought to bear on expanding the ecosystem surrounding our newly upgraded version of OA. The new OA release will greater support high-performance, partitioned, multithreaded AI EDA applications. Dr. Davis’ expertise will assist Si2 and its members in bridging the gap between visionary research and real-world, high-performance, AI applications.”

In this expanded advisory role Davis, who has a doctorate in electrical engineering from the University of California at Berkeley, will continue consulting for Si2 in the areas of system-level power modeling and compact modeling. He has been instrumental in prototyping early-stage implementation of the newly created Unified Power Model now being standardized by Si2 within IEEE.  In the Si2 Compact Model Coalition, Davis has helped the Open Model Interface Working Group rearchitect the TSMC-contributed interface, which allows users to modify model parameters during circuit simulation.

Dr. Davis joined North Carolina State University in 2002 as an assistant professor and became professor in 2008. He received the National Science Foundation Faculty Early Career Development award in 2007 and the Si2 Distinguished Service Award in 2012 development of standards for electronic design automation, and the FreePDK open-source, predictive process design kit.

He has been an IEEE member since 1993 and became a senior member in 2011. He has published over 50 scholarly journal and conference articles

Dr. Davis’ research is centered on developing methodologies, CAD tools, and circuits for systems-on-chip in emerging technologies. His interests include 3DIC design and low-power and high-performance circuit design for digital signal-processing and embedded systems.

Founded in 1988, Si2 is a leading research and development joint venture that provides standard interoperability solutions for integrated circuit design tools. Its activities include support of OpenAccess, the world’s most widely used standard API and reference database for integrated circuit design. All Si2 activities are carried out under the auspices of the The National Cooperative Research and Production Act of 1993, the fundamental law that defines R&D joint ventures and offers them a large measure of protection against federal antitrust laws