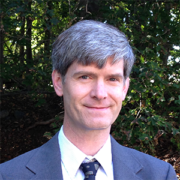 Coram serves as chair of three working groups within the Si2 Compact Model Coalition, which pools industry resources to fund the development of standard compact SPICE models and interfaces promoting simulation tool interoperability. In 2016, he was named CMC Technical Advisor for Verilog-A Code Quality. Coram has a long history with Verilog-A, having led the Accellera Verilog-AMS subcommittee’s work for adding compact modeling extensions in Language Reference Manual version 2.2, released in 2004.

He recently developed and released an open-source tool for checking Verilog-A models for common errors and performance issues in 2020. The tool, known as the Verilog-A Model Pythonic Rule Enforcer, or VAMPyRE, has seen rapid industry adoption since its launch. He also has reviewed the Verilog-A implementation of every CMC standard model. In 2020, Coram was recognized by the University of California at Berkeley’s BSIM model team as “Guardian of Verilog-A Compact Models for the Global Semiconductor Industry.”

“Geoffrey is an innovative voice within the CMC and has an excellent critical eye,” said John Ellis, president and CEO of Si2. “His work with VAMPyRE illustrates his longstanding commitment to efficiency and interoperability. We are fortunate to have him in leadership.”

Coram joined Analog Devices in 2000 and focuses on its internal circuit simulator and other internal CAD tools. He earned his Ph.D. in electrical engineering from the Massachusetts Institute of Technology with a thesis on thermodynamics and noise modeling in circuits.