Si2 announces the second in a series of member-only webinars focusing on XML–Introduction to XML Schemas.

XML schemas are the normative definitions of any XML-based standard. The schema defines the domain- specific vocabulary (DSV) and types of values in an XML database. The XML database must conform to its schemas, using the predefined elements and entering values that are compliant with the schema.

Many Si2 OpenStandards are based on XML, the eXtensible Markup Language. XML files have a consistent syntax and, combined with the domain specific vocabulary defined in the Open Process Specification (OPS) schemas, succinctly capture the data used to model the IC fabrication process to the design tools.

The OPS XML database contains the constraints, layers, stacks, devices and rules that represent the fabrication process in a vendor-neutral format. This single source for the data is used to generate process design kits.

About the Course
This introductory course focuses on the XML file syntax that will help you create well-formed XML files. Through lecture, quizzes and labs, you will examine the syntax of XML elements and learn how to create, modify or read and understand an OPS XML file. We will explore the file format, elements and attributes, namespaces and connecting to schemas.

Prerequisites: A willingness to learn XML and an interest in OPS.

The example used in the class is a single OPS XML hierarchy that will be used for future courses in this series.  A recording will be available on the Si2 Community web site.

Who Should Attend
Si2 member company employees who work with, create, edit or read XML data files are invited to attend this free webinar. 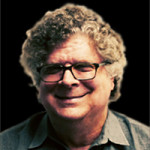 Future Courses for Si2 Members
Si2 will offer additional XML classes  Announcements will be made by email and on our web site, www.si2.org.

The end result will be a new power modeling standard to reduce resources and costs needed to develop virtually every type of SoC.  Jerry Frenkil, director of OpenStandards, said that the Si2 Low Power Working Group, part of the newly restructured Si2 OpenStandards program, will lead this industry-wide effort.

“Every SoC design team is grappling with the continued need to reduce power consumption,” Frenkil said. “That’s especially true for mobile devices, but it’s also a concern throughout the electronics industry.  One way to accomplish this is through improved multi-level power modeling techniques that better predict SoC power and performance. Right now there’s no commonly accepted way to develop an accurate estimation of power consumption early in the design phase. This often leads to designs being power inefficient, performance constrained, or both.”

Frenkil said the standard will also “enable more efficient and reliable power analyses and optimizations since the same model will be used from system-level design through gate level implementation and all phases in between.”

The approved specification will be contributed to the IEEE P2416 Standards Working Group for industry-wide distribution. Nagu Dhanwada, senior R&D engineer at IBM, chairs both the IEEE P2416 and Si2 Low Power Modeling Working Groups.  “Since Si2 is an R&D joint venture, its members can work together to develop specifications, tests and proof-of-concepts with anti-trust protection. This specification will greatly accelerate standardization efforts within P2416, and testing prior to IEEE standardization will enable us to rapidly prove out the use of the new standard before it hits the street,” Dhanwada explained.

John Biggs, co-founder and consultant engineer at ARM, chairs the IEEE 1801 Working Group. “Efforts of the Si2 Low Power Working Group will help the IEEE P2416 Working Group standardize the representation of power consumption data,” Biggs said. The fruits of this work, in combination with the new power modeling capability in IEEE 1801-2015, should greatly ease the challenging task of energy-aware system level design.”

The new Si2 model specification is expected to be completed in October. For more information about this project, contact Jerry Frenkil at Jfrenkil@si2.org.  For information about the Low Power Working Group and other OpenStandards programs, visit https://si2.org/openstandards/.

Founded in 1988, Si2 is a leading research and development joint venture that provides standard interoperability solutions for integrated circuit design tools.  All Si2 activities are carried out under the auspices of the The National Cooperative Research and Production Act of 1993, the fundamental law that defines R&D joint ventures and offers them a large measure of protection against federal antitrust laws. Si2’s international membership includes semiconductor foundries, fabless manufacturers, and EDA companies.

OpenStandards, Si2’s newest member initiative, is the product of extensive member research and the core of a streamlined standards development process.

John Ellis, president and CEO, said market research and industry trends identified factors key to the creation of OpenStandards. “Speed and agility topped the list. The ability to quickly identify and create a needed standard are paramount.

“OpenStandards combines independent coalitions, technical advisory boards and new working into one, single-fee membership. Costs are reduced since companies can choose to participate in every activity, at any level, for one fee,” Ellis explained. “More than 90 percent of our members saw their dues decrease in 2016.”

This was accomplished while maintaining the mandated safe-haven, anti-trust protection, he added. Activities currently part of OpenStandards are Chip-Package Codesign (3D), Design for Manufacturability, Low Power, OpenPDK, and Silicon Photonics.

Jerry Frenkil, director of OpenStandards, manages this program. Co-founder of Sente, he has more than 30 years’ experience in the semiconductor and EDA industries.

Si2 will explain the OpenStandards concept during a free webinar on Tuesday, January 26, 9-10 a.m. PST.